While many Americans were able to cross the borderinto Canada on Monday for joyous runions, people in Canada are still waiting for the other side of that two-way street to open.

The United States won't open its land border toCanadians for non-essential travel until Aug. 21, and there are some concerns that might be delayed because of rising cases of the Delta variant of COVID-19.

"I'm hoping they open it up as soon as possible," said Steven Young, a Canadian from Port Colborne, an Ontario city about 30 km from the border into New York.

Americans can now enter Canada and skip the 14-day quarantine, provided they've been fully vaccinated with a Health Canada-approved COVID-19 vaccine 14 days before crossing the border.

And, just like Canadian travellers, they must submit their travel information — including vaccination documents — using theArriveCAN appor byregistering onlinewithin 72 hours before their arrival.

Young toldThe Current'sguest host Laura Lynch that before the pandemic he would often cross the border for work, or to meet with friends on the other side. 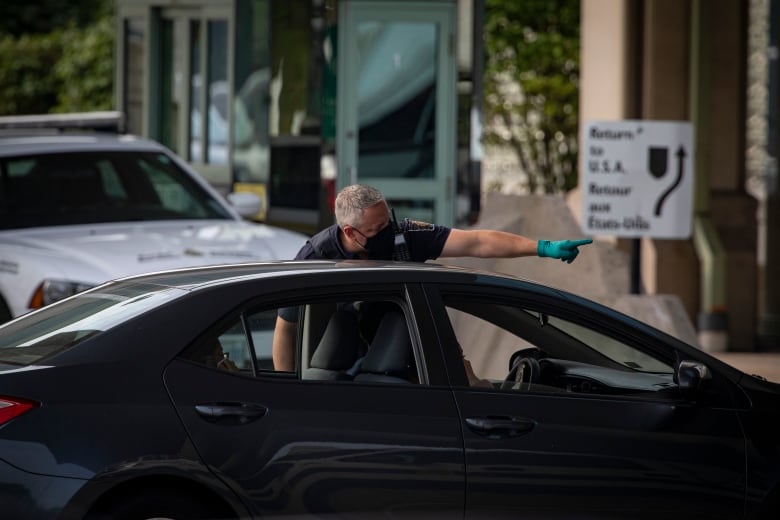 Young is a sales manager for a building supply business. He says there has been a 15-per-cent drop in sales which he attributes to not being able to visit customers in the United States.

He told Lynchhe has "absolutely zero"concerns about people coming through the border in his area, and said once the border opens he's headed straight for his customers. After that, it will be time for a bit of fun.

"Then we're going to go over for a motorcycle ride with a bunch of friends as soon as we possibly can," said Young.

Brittany Everett and her three children were one of the happy families that crossed the border into Canada on Monday morning to visit relatives, but like Young, she's looking forward to the border opening the other way.

"I really hope that that happens on the 21st," said Everett, who wants her parents to be able to visit her home in Ohio soon.

Kathryn Bryk Friedman says Everett and Young's storiesarecommon. Friedman is a Canada-U.S relations specialistat the University of Buffalo, and a member of the Woodrow Wilson Centre's Canada Institute.

"It really has taken a toll on families and small businesses and cross-border communities all along the northern border," said Friedman.

"That translates into economic loss for these cross-border communities."

Along the border between Ontario and New York, she points at people who would often cross the border to shop, or go to a sporting event, or visit the New York side of Niagara Falls. She says that would translate into millions of dollars in economic activity.

Even though Canada has a higher vaccination rate than its southern neighbours, U.S. President Joe Biden didn't match Canada's opening date, and Friedman says that may have to do with politics. 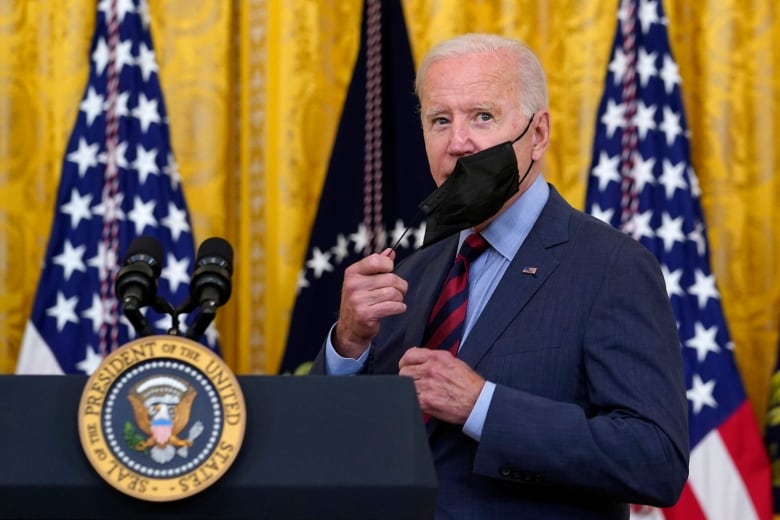 The United States won't be reducing restrictions for Canadians trying to enter the country until Aug. 21.(Susan Walsh/The Associated Press)

"The Biden administration doesn't want to do anything that would look as if, you know, they are acting in a sort of free wheeling capacity and in a way that would open them up to criticism about the way that they're handling the pandemic," said Friedman.

Friedman also says the United States has two borders to deal with, and may want to coordinate the lifting of restrictions for both Mexico and Canada. It plans to also open to Mexico on Aug. 21.

But even as thatdate gets closer,cases of COVID-19 are once again on the rise in both Canada and the United States, sparked by the Delta variant.

Friedman says that may mean Young won't be visiting his cross border customers or going on motorcycle trips in the States just yet.

"If the perception is that we don't have that under control, unfortunately, I would not be surprised if the United States extended the nonessential travel restrictions another month," said Friedman.